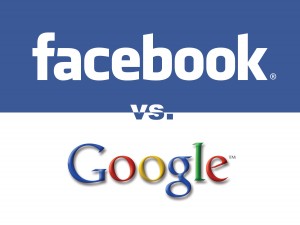 Its first time ever that Facebook has ever made it to the top first position for most visited website in USA this Christmas season. No wonders this holiday season, social media websites were the best source for most of the people to exchange wishes and it became an integral part of many people to stay connected.
According to an analyst at Hitwise an Internet monitoring company, Facebook registered the most hits in website visits which made it second after Google.  Statistics showed that every 1 our of 22 visitors were logging in at Facebook during the Christmas Eve making the site the number one social media stream in the world. It outbid Youtube concluding to be the winner.

Says Robin Goad, research director at Hitwise, “The increase in the visits this year towards social sites had increased three folds and were higher than expected. It only showed their huge levels of interest to create these sites as a hub to keep in touch with their loved ones.”
Its evident that the days of tradition greetings by exchanging cards via regular postal methods are not usual anymore, however internet is preferred over anything else in place of the traditional communication methods like sending letters or making phone calls mainly due to its speed, ease and convenience. Its also very inexpensive and flexible in terms of usage, as in if a person settles in some other country and changes his contact details, he can still be searched by his friends and they can stay connected.
Some of the experts believe that this trend will continue for years to come until it settles to a level. Holiday times like Christmas, New Year, Easter, Halloween will be at its peak for the websites like Facebook and other social media websites for its high visitors rate. Fortunately, Facebook has a strong server technology backed up which meant the user experience on its site was not compromised and it was seamless.